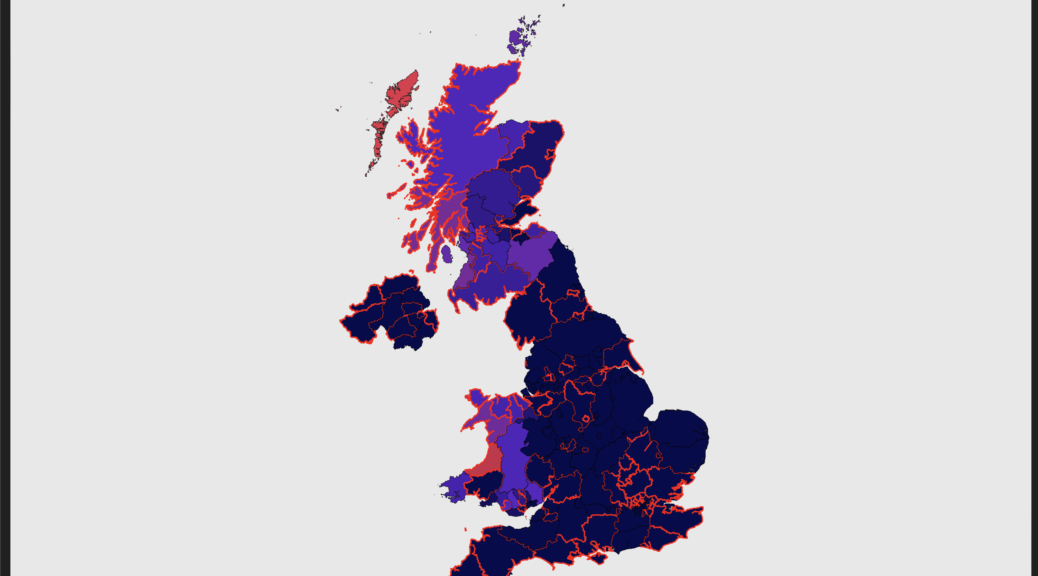 The UK’s ‘Prime Minister’ stood up in Parliament today and stated that “Provided the current encouraging trends in the data continue“, Covid-19 restrictions in England would be lifted by the end of the month. At Intelligent Reality, we’re not entirely sure to which data he refers – possibly those from his home dimension? In looking at the published official data, we’re coming to rather different conclusions.

We take that data, normalise it to remove the rolling discrepancies in the reporting of recent cases, and then run it through our data-driven analytic software to create daily status reports and 28-day forecasts for the pandemic in the UK as a whole, for individual countries, English regions and all local authorities.

Now forecasts are just that and, as anyway who has ever believed a weather forecast knows, can be wrong. But we do hindcast our forecasts to track their accuracy, and we find that we’re usually in the range of 74-82% on a 28-day outlook, in terms of the actual outcomes being within our forecast margins of error.

And, in terms of case loads, we are now forecasting as follows:

None of that looks particularly encouraging to us in terms of raw cases. Yes, thanks to vaccination, the hospitalisation, ICU admission and death rates are much lower than for pre-Omicron waves but we still have significant chunks of the population who are fully vulnerable to the worst of the virus, we don’t fully understand the prevalence and prognosis from what’s being called ‘Long Covid’ and, of course, the virus itself isn’t going to stop mutating just because we’re bored with it.

For many months, thanks to looser rules, poor messaging and the consequent lack of compliance, England has had significantly worse case rates than any of the other UK countries. If the others now maintain a basic level of common sense restriction – masks and a degree of social distancing – plus the ability to respond rapidly to changing dynamics, we suspect that we’ll see the divergence between England and the rest of the UK growing. But of course, today’s announcements in Westminster have nothing to do with the data, the science or reality.