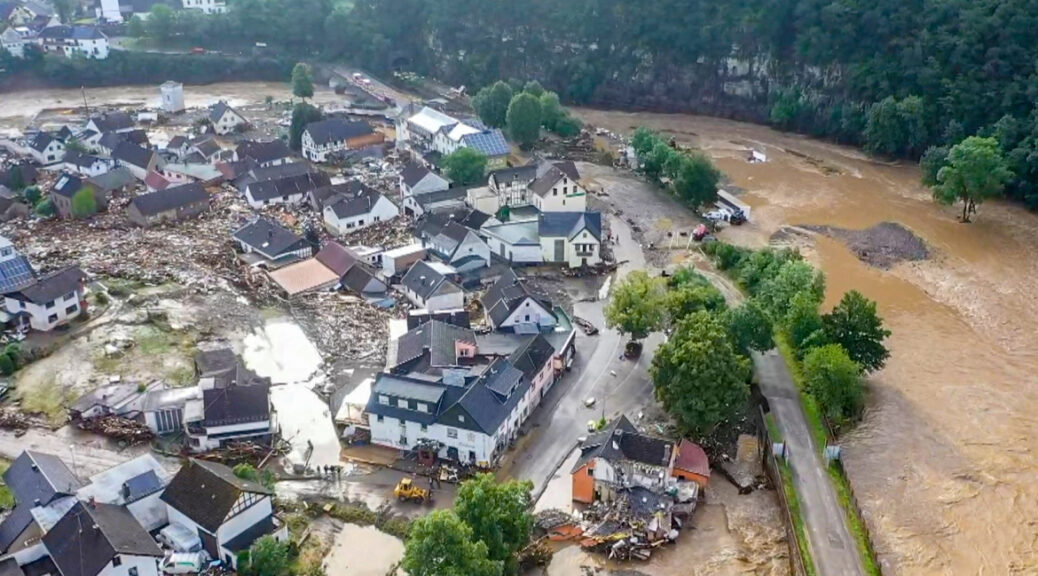 Forecasting used to be – quite literally – a black art: whether you used tea leaves, the flight of pigeons or the sacrifice of a hapless chicken, it was all a bit subjective. We do rather better these days: sophisticated mathematical models, data science, statistics and, increasingly, the use of machine learning, mean that, in many areas, we can demonstrate quite impressive results.

So why is it, when you move beyond the day-to-day use of forecasting and start getting serious: climate change, extreme weather events or global pandemics, that so many people still treat forecasting as though it were still a black art?

We’ve seen that throughout Covid-19, most especially in states whose governance is driven by the three Ds of delusion, dogma and denial rather than actual evidence. Stand up there the UK, the US (before January), Brazil, Russia…

It now appears that we have yet another example of administrations finding the truth too inconvenient to act on. Until of course it’s too late.

Today, like everyone else, I’ve been horrified at the death toll from the floods in Germany and Belgium, and failing to understand how on earth, in the heart of Western Europe, something like this can apparently take the region by surprise. It is starting to appear that it was neither a surprise nor a failure to warn, but a blatant disregard of warnings, certainly in Germany: Belgium appears to have at least started evacuations before the event.

This was from Politico yesterday:

An “extreme” flood warning was issued early this week by the European Flood Awareness System (EFAS ), a body created following the Elbe, Vltava and Danube floods in 2002 that killed 110 people.

Professor Hannah Cloke, a hydrologist who set up and advises EFAS, said the death toll [at least 150 from the current floods], with many more people reported missing, was “a monumental failure of the system.”

“I would have expected people to be evacuating, you don’t expect to see so many people dying from floods in 2021. This is very, very serious indeed,” she said.

The Deutscher Wetterdienst (DWD), Germany’s federal meteorological service, passed on the warning to local authorities, said spokesman Uwe Kirsche. “As a federal authority, the DWD is not responsible for initiating evacuations or other measures on-site … that is a task for the local authorities,” he added.

That last bit again: “the DWD is not responsible for initiating evacuations or other measures on-site … that is a task for the local authorities“. And those authorities appear to have treated serious forecasts from an established and authoritative source either as something too inconvenient to act on or as an example akin to extispicy, and therefore not to be taken seriously. Of course the latter is often used as justification for the former, often from a fear of looking foolish or discredited if the forecasts turned out to be wrong. I’d imagine that there are a lot of bereaved and bereft people in Germany who would now like these authorities to stand up and explain themselves.

This once again shows that the real enemies of action on the great and civilisation-challenging issues of our time are those who are in positions to take action but who repeatedly choose to deny reality in pursuit of a flawed notion of normalcy or personal gain: the incompetent in pursuit of the illusory.